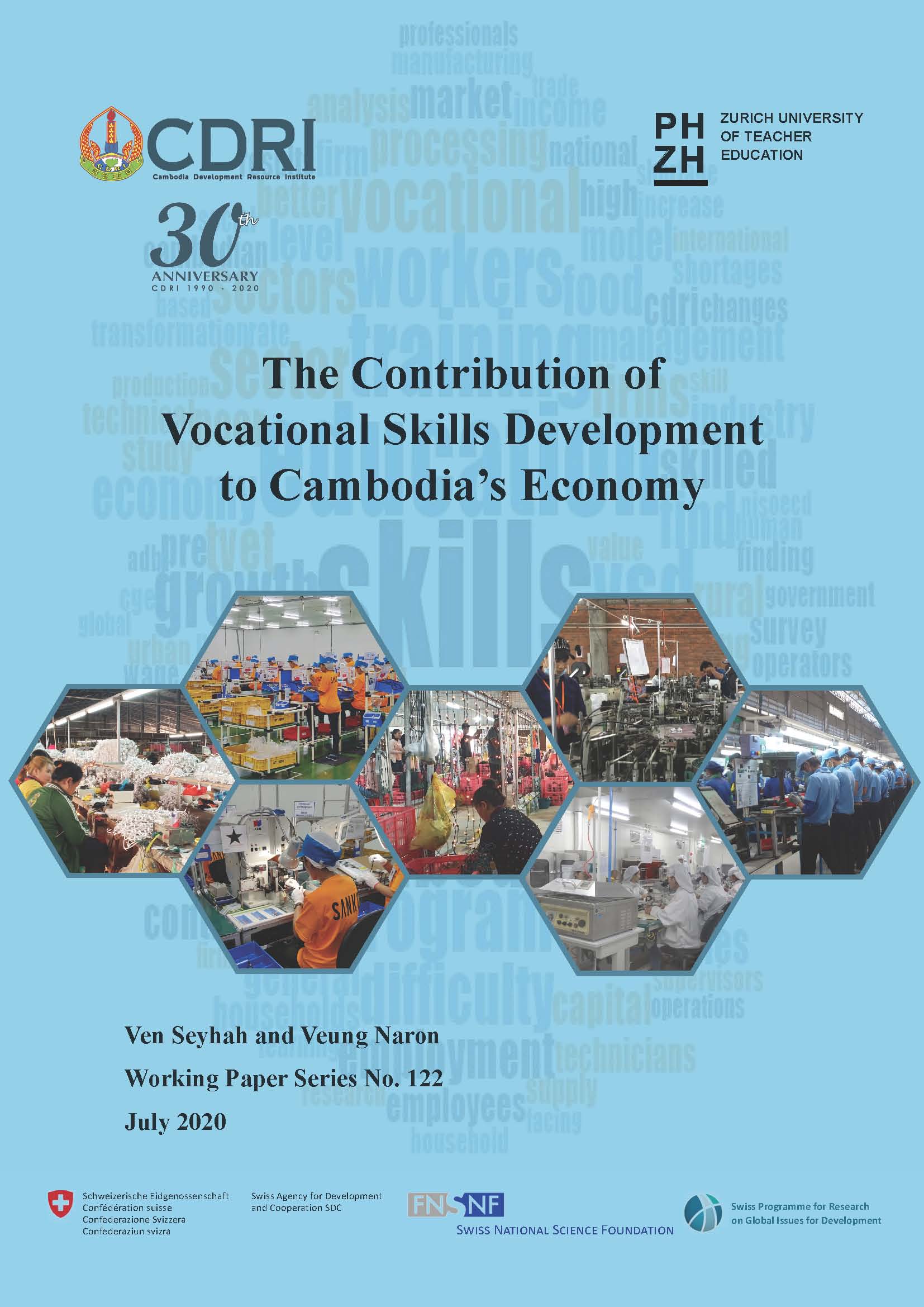 The Contribution of Vocational Skills Development to Cambodia’s Economy

In recognition of the importance of a well-trained workforce for socioeconomic development, the Rectangular Strategy Phase IV has put human resource development at the forefront of the Royal Government of Cambodia’s (RGC’s) development priorities (RGC 2018). The Industrial Development Policy (IDP) 2015-2025 was adopted as a guide to advance Cambodia’s manufacturing industry as a key economic sector for sustainable and inclusive high economic growth, and to overcome the skills gaps and shortages in skilled labour that are purportedly a bottleneck to socioeconomic development. Against this backdrop, theoretical and empirical studies have suggested increasing the pool of skilled workers by equipping young people and existing workers with labour market-relevant knowledge and skills as an ideal solution. However, the contribution of this promising skilled labour increment to Cambodia’s industrial sector and overall economy has rarely been investigated. Therefore, the main aim of this paper is to study the skills shortage and its effects, as well as the contribution of skills development at both the industrial and national level, by using two separate analytical methods.

First, we used the firm-level survey data from 101 firms in Cambodia’s manufacturing industries, namely garment, food processing and electronic and electrical assembly (E&E). A structured questionnaire was used to conduct face-to-face interviews with company management, for instance the director, production or factory manager, or human resource manager, by means of KoboToolbox platform via a tablet. We employed descriptive statistics such as median, frequency, and percentage in the form of tables or graphs to show and analyse the survey data. Then two sets of regression analyses were conducted to identify the correlations of vocational skills development (VSD) programs with firms’ difficulty to find employees, growth and transformation.

Second, the paper applied the extended standard Computable General Equilibrium (CGE) model of Hosoe, Gasawa, and Hashimoto (2010), utilising a Social Accounting Matrix (SAM) of Cambodia based on the input-output (IO) table of ADB (2018) and the 2017 Cambodia Socio-Economic Survey (CSES). This study adopted a scenario that there was a hypthetical 10-percent increase in the supply of the L4 and L3 occupational categories (managers, professionals, and technicians and associate professionals), to see changes in the economy as a whole and also on the labour market and household welfare conditions. For the purpose of this study, the production factor agent is disaggregated into a capital agent and five labour agents (i.e., L0, L1, L2, L3, L4), where L1 designates no skill, L2 is low skill, and L3 is medium skill and L4 are high skill. Household agents are classified into six categories (i.e., capital better-off, capital poor, urban better-off, urban poor, rural better-off, and rural poor) according to their residence location and economic status so that we can estimate the effects on differenct household groups.

Skills shortage and its effects

Most companies in the three selected industries encountered some difficulties in finding operators, technicians, and employees for higher management positions. While it was easier to find general workers and supervisors (degree of shortage), there is still a high proportion of companies facing this difficulty (prevalence of shortage). The level of difficulty varies slightly between the sectors and the employee levels. The firms in the garment sector have less problems finding employees than the other sectors.

The observed effects emerging from the recruitment difficulties were rated as “somewhat negative” in regard to firms’ operations and growth. The effects are highly prevalent among the firms in the three sectors; when there is a noticeable shortage, there is always an effect felt by the firms.

The companies’ representatives subjectively reported that VSD contributed significantly to meeting their skills needs, while the statistical analysis seems to indicate that the companies that have employees with more variety of pre-employment vocational skills development (pre- VSD) programs are more likely to experience higher difficulty to find workers, especially operators, supervisors, and technicians, than those with employees having less variety of pre- VSD. The results also suggest that the number of VSD programs had no effects on companies’ growth, but there are some positive correlations between the number of pre-employment VSD programs and technological transformation and organisational improvement.

The effects of increment in the skilled labour supply

The CGE simulation has shown that a hypothetical 10-percent increase in the supply of skilled labour would bring about a real GDP growth of 0.83 percent. While the industry and service sectors expand, agriculture would reduce its aggregate value added and the wage structure would also change. Overall, the wage rate decreases by 4.1 percent. Skilled labour would benefit from more job generation but face a decrease in wage rates. The lower-skilled workers would enjoy higher wages, but experience fewer available jobs. This implies that an increment of the skilled labour supply without studying and satisfying the market demand would further worsen the skills mismatch and distort the wage structure and labour market.

Poor households tend to benefit little from the expansion in skilled labour supply (both in terms of income and social welfare), regardless of residence, probably because members of these poor households are rarely employed in such occupations.

Based on the results of the analysis and the available literature, this paper puts forward these recommendations for consideration and further discussion: 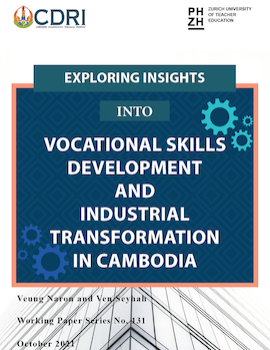 Industrial development is central to Cambodia’s economic development as it plans to upgrade the country’s status to an u...

Vending in the City: Unprotected Yet Better Off 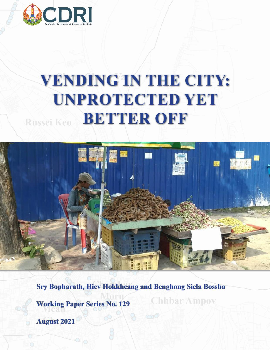 Street food vending is a vital part of the urban economy, and the poor, in particular, rely on it to earn their living.... 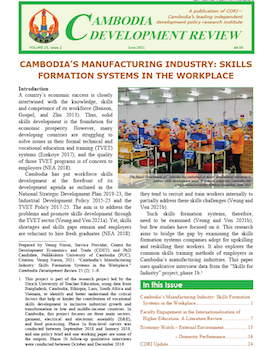